Overcoming the Fear of Death 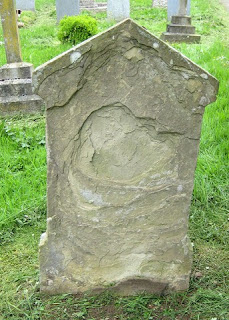 When Jesus sent out his Twelve disciples, one of the things He told them was not to fear death. He said:

"Do not fear those who kill the body but are unable to kill the soul; but rather fear Him who is able to destroy both soul and body in hell. Are not two sparrows sold for a cent? And yet not one of them will fall to the ground apart from your Father. But the very hairs of your head are all numbered. So do not fear; you are more valuable than many sparrows." (Mat 10:28-31)

The devil uses the fear of death to hold people in slavery. Scripture says:

"Therefore, since the children share in flesh and blood, [Jesus] Himself likewise also partook of the same, that through death He might render powerless him who had the power of death, that is, the devil, and might free those who through fear of death were subject to slavery all their lives." (Heb 2:14-15)

It's natural for people to fear death before they come to know Christ. When John Wesley was on a ship traveling across the Atlantic to America, he feared for his life during the harrowing storms that lashed the vessel. However, he noticed that there were Moravians on the ship from Germany, who were not afraid to die. They knew that if they died, they would not perish but go to be with the Lord in heaven, because they had a personal relationship with Jesus Christ.

The things that men fear are not having proper food, clothing, or shelter, because then they might die. But that is due to their fear of death. Once the Lord, who is the Resurrection and the Life, comes to live inside our hearts by faith, then we know that we will not die but live, and if we die, yet shall we live (Jn 11:25). As the apostle Paul said, "To live is Christ, to die is gain" (Phil 1:21), and "To be present in the body is to be absent from the Lord." He said he preferred to be absent from the body and present with the Lord (2 Cor 5:8).

That's why he was able to follow the Lord obediently, regardless of the personal danger it posed to him. He was not afraid to die, and in fact the Lord kept him alive through many hardships including being stoned, beaten with rods, flogged, shipwrecked, and spending a night and a day in the open sea (2 Cor 11:25).

After encountering the Moravians on that ship, John Wesley eventually came to know the Lord personally the same way they did, so that he was no longer afraid to die. If you read his journals as I am doing, you will see that his life was like a continuation of the book of Acts. It's like reading about Paul's missionary journeys. Wesley encountered many dangerous situations and yet the Lord protected him through them all. Mobs tried to attack him, and yet he would come away with only some skin lost from his hand and part of his coat tail ripped off. Or they would throw stones and he might only end up with some dirt on him. Or they would push him off a high wall and he would land safely on his feet. Or they would burst into a building through the front door to attack him and he would walk right out the back door unharmed as they were coming in. He would walk right across a room where stones were coming through the windows, but as he passed in front of the window, no stones were being thrown until he had finished passing by. Or as a mob assembled outside a building that he was in, and someone suggested he flee, he would walk outside right into the crowd and begin talking with them. He fell backwards off his horse, and yet he felt as though someone had gently laid him on the ground. The leader of a mob would come up to him apparently with the intention to harm him, and yet after he took the man's hand and began to speak to him, the man would become docile and lose his desire to hurt Wesley. I admire Wesley for his courage in the face of great danger. Praise the Lord for the amazing way He protected him as he went about preaching the gospel.

Author's note:  If you enjoyed this post, you may also like Salvation with Fear and Trembling, Overcomers in this Life, Sins That Will Keep You From Heaven, Drifting Away, Is Obedience Optional?, The Apostasy Parables, Faith Works, Ezekiel Moses' Testimony of Heaven and Hell, Pleasing the Lord, Living a Life Worthy of the Lord, and the other posts available through the links on the Home page. You may also access my complete blog directory at Writing for the Master.


Len Lacroix is the founder of Doulos Missions International.  He was based in Eastern Europe for four years, making disciples, as well as helping leaders to be more effective at making disciples who multiply, developing leaders who multiply, with the ultimate goal of planting churches that multiply. His ministry is now based in the United States with the same goal of helping fulfill the Great Commission. www.dmiworld.org.
Posted by Len at 7:38 PM