What Then Must We Observe 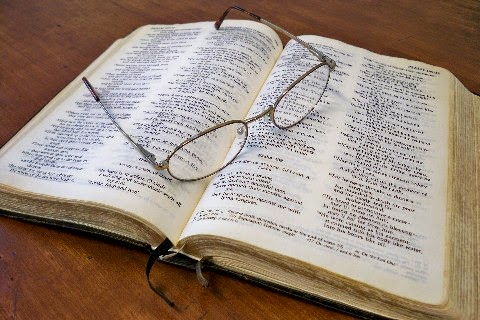 In today’s culture, people observe many different things, including traditions and holidays -- both secular and religious.  Some sincerely devout people even observe the Law of Moses.  But what does the Scripture teach us to observe?  And what are we not to observe?  Let’s search the Scriptures and find out.

“For the Pharisees and all the Jews do not eat unless they carefully wash their hands, thus observing the traditions of the elders; and when they come from the market place, they do not eat unless they cleanse themselves; and there are many other things which they have received in order to observe, such as the washing of cups and pitchers and copper pots.”  (Mar 7:3-4)

The Greek word for “observe” in this verse and the following verses is “phulasso,” meaning “to watch, that is, be on guard (literally or figuratively); by implication to preserve. obey, avoid: - beware, keep (self), observe, save.” (Strongs).

While the Pharisees taught people to watch and obey and keep their traditions, the Lord taught that those man-made traditions actually nullified the Word of God by causing the people who observe them to break God’s commandments (see Mk 7:13).  And the elders in some churches today teach people to follow their beloved traditions, as if they have power to save them, but this is not true. We are saved by grace through faith, and that not of ourselves, not by observing traditions of men.  It is the gift of God; so don’t observe traditions of men. Follow Jesus.

Do not observe the Law of Moses
Although I teach the need for obedience to God’s commandments, not just adherence to the New Testament, I do not teach people to observe the Law. I do not teach the observance of ceremonial rites and sacrifices, nor the observance of days and months and seasons and years. We are not endeavoring to keep up the law of Moses in conjunction with the gospel of Christ.  This matter came up in the early church, and as we know, the apostles and elders in Jerusalem met to decide this matter.

“But some of the sect of the Pharisees who had believed stood up, saying, ‘It is necessary to circumcise them and to direct them to observe the Law of Moses.’”  (Act 15:5)

However, the council rejected that notion, and decreed the following decision proposed by James, a Jew:

"Therefore it is my judgment that we do not trouble those who are turning to God from among the Gentiles, but that we write to them that they abstain from things contaminated by idols and from fornication and from what is strangled and from blood. For Moses from ancient generations has in every city those who preach him, since he is read in the synagogues every Sabbath."  (Act 15:19-21)

The apostle Paul, also a devout Jew, agreed with that decision and later wrote to the church in Galatia:

“But now that you have come to know God, or rather to be known by God, how is it that you turn back again to the weak and worthless elemental things, to which you desire to be enslaved all over again? You observe days and months and seasons and years. I fear for you, that perhaps I have labored over you in vain.”  (Gal 4:9-11)

Again, Paul was saying that for the disciple of Christ, these things are weak and have no power to save. Since the church in Galatia had gone back to these things, he feared that his gospel work among them had been in vain.

“Paul came also to Derbe and to Lystra. And a disciple was there, named Timothy, the son of a Jewish woman who was a believer, but his father was a Greek, and he was well spoken of by the brethren who were in Lystra and Iconium. Paul wanted this man to go with him; and he took him and circumcised him because of the Jews who were in those parts, for they all knew that his father was a Greek. Now while they were passing through the cities, they were delivering the decrees which had been decided upon by the apostles and elders who were in Jerusalem, for them to observe. So the churches were being strengthened in the faith, and were increasing in number daily.” (Act 16:1-5)

Notice that there were Jews in those parts in Derbe and to Lystra, as well as Gentiles.  And “while they were passing through the cities,” Paul, Silas, and Timothy “were delivering the decrees which had been decided upon by the apostles and elders who were in Jerusalem, for them to observe.” That means we, too, must observe the decrees of the first Jerusalem council to “abstain from things contaminated by idols and from fornication and from what is strangled and from blood.”  These decrees come directly from the commandments of God found in the Law.

Observe God’s Commandments in the whole Bible
As I have already mentioned, just as the apostles did, I also teach the need for obedience to God’s commandments.  The apostle John wrote: “By this we know that we love the children of God, when we love God and observe His commandments.”  (1Jn 5:2)

We are supposed to love God and observe God’s commandments.  That means we must obey the whole Bible. The apostle John learned this from the Lord Jesus, who said that the ones who are truly blessed are those who hear the word of God and observe it.

Incidentally, we don't obey the whole Bible in order to be justified by God (i.e., made righteous), "because by the works of the Law no flesh will be justified in His sight; for through the Law comes the knowledge of sin." (Rom 3:20).  As the apostle Paul said, "For we maintain that a man is justified by faith apart from works of the Law." (Rom 3:28).  But through this faith that has already justified us, we uphold the Law, rather than nullify it.  "Do we then nullify the Law through faith? May it never be! On the contrary, we establish the Law." (Rom 3:31)

In the passage I cited in Luke's gospel, Jesus redirected the focus of the women in the crowd away from marveling at the blessedness of mother Mary, and emphasized something contrary to popular thinking, which is the blessedness of the obedient observers of God’s Word. In fact, this was one of the last things He taught before ascending to the Father’s right hand in heaven.  He said:

"Go therefore and make disciples of all the nations, baptizing them in the name of the Father and the Son and the Holy Spirit, teaching them to observe all that I commanded you; and lo, I am with you always, even to the end of the age."  (Mat 28:19-20)

As we go and make disciples, we are supposed to teach them to observe all that Jesus commanded the apostle and us to do. The Lord said, "Continue in My Word." (Jn 8:31)

We are to obey Jesus Christ
The apostle Peter taught that we should obey Jesus Christ.  All of the previous Scriptures I have cited (except Jn 8:31) used the word “observe” (Gr. phulasso).  But I want to close with this one Scripture that uses a different word, since it confirms and supports my point.

“Peter, an apostle of Jesus Christ, To those who reside as aliens, scattered throughout Pontus, Galatia, Cappadocia, Asia, and Bithynia, who are chosen according to the foreknowledge of God the Father, by the sanctifying work of the Spirit, to obey Jesus Christ and be sprinkled with His blood: May grace and peace be yours in the fullest measure.”  (1Pe 1:1-2)

This is the word hupakoe, meaning “attentive hearkening, that is, (by implication) compliance or submission: - obedience, (make) obedient, obey (-ing).” (Strongs).

Peter taught that we are chosen…to obey Jesus Christ.

The Difference Between Observing the Law and Observing God's Commandments
Since the Bible says that we must not observe the Law, and yet we must observe God's commandments, you may be wondering what the difference is between those two things.  I believe the main difference is that the observance of dietary laws, ceremonial rites and sacrifices is obsolete, as is the observance of days and months and seasons and years -- the requirements of the Old Covenant. These are types and shadows of the reality found in Christ under the New Covenant. So once you have come to know Christ, you no longer need these.  On the other hand, what counts is keeping God's commandments (see 1 Co 7:19).

That which pleased God thousands of years ago, and which He commanded, is still pleasing to Him today.  These are the ways of God. He changes not."My son, give me your heart and let your eyes delight in my ways." (Pr 23:26). Also see The Ways of Life.

If you are interested in a more detailed explanation, I recommend reading the following articles below, beginning with the ones in the left column:


Putting it All Together
So we have learned from God’s Word that we are not supposed to observe the traditions of men or the Law of Moses.  We are not endeavoring to keep up the law of Moses in conjunction with the gospel of Christ.

We "serve in the new way of the Spirit, and not in the old way of the written code" (Rom 7:6). Becoming a Christian does not mean you become "Jewish", or follow Jewish customs, but that you become one who is a Jew inwardly (Rom 2:29), and there are marked differences in the way we apply the Scriptures to our lives, including the Law.  We do not follow the Jewish customs as if we were now Jews, but we follow Jesus.

Attribution notice: Most Scripture quotations taken from the NASB. Most other Scriptures taken from The Holy Bible, New International Version® NIV®, unless otherwise noted.

Author's note:  If you enjoyed this post, you may also like Holy Living in a Perverted World, Michael Thomas Sambo's Revelation of Heaven and Hell, Garments of Godliness,  Is Tithing Required?, Keeping Sundays Holy, and The Lord's Day, Is Practical Righteousness a Lost Truth?, The Flesh vs. the Spirit, The Highest Form of Slavery, and the other posts available through the links on the Home page.  You may also access my complete blog directory at "Writing for the Master."


Do You Want to Know Him?
If you want to know Jesus, you can. It all begins when you repent and believe in Him.  Do you know what God's Word, the Bible says?


Len Lacroix is the founder of Doulos Missions International.  He was based in Eastern Europe for four years, making disciples, as well as helping leaders to be more effective at making disciples who multiply, developing leaders who multiply, with the ultimate goal of planting churches that multiply. His ministry is now based in the United States with the same goal of helping fulfill the Great Commission. www.dmiworld.org.
Posted by Len at 7:34 PM