No Flesh Will Be Justified by Works 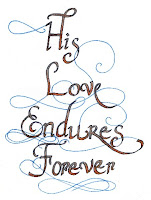 Let's remember what the apostle Paul said in his epistle to the Romans that no flesh will be made righteous by the works of the law. He said:

"By the works of the Law no flesh will be justified in His sight; for through the Law comes the knowledge of sin." (Rom 3:20)

Matthew Henry explained it like this: "Man, in his depraved state, under the power of such corruption, could never, by any works of his own, gain acceptance with God; but it must be resolved purely into the free grace of God, given through Jesus Christ to all true believers that receive it as a free gift."

He says that we are not "the judaizing Christians, who would needs join Christ and Moses together - owning Christ for the Messiah, and yet too fondly retaining the law, keeping up the ceremonies of it, and imposing it upon the Gentile converts."

According to Paul, "For we maintain that a man is justified by faith apart from works of the Law." (Rom 3:28). He also said, "Therefore, having been justified by faith, we have peace with God through our Lord Jesus Christ." (Rom 5:1).

Nevertheless, Paul concluded this passage by saying, "Do we then nullify the Law through faith? May it never be! On the contrary, we establish the Law." (Rom 3:31)

Matthew Henry concluded with his own paraphrase of Romans 3:31: "...'though we do say that the law will not justify us, yet we do not therefore say that it was given in vain, or is of no use to us; no, we establish the right use of the law, and secure its standing, by fixing it on the right basis. The law is still of use to convince us of what is past, and to direct us for the future; though we cannot be saved by it as a covenant, yet we own it, and submit to it, as a rule in the hand of the Mediator, subordinate to the law of grace; and so are so far from overthrowing that we establish the law.' Let those consider this who deny the obligation of the moral law on believers."

According to Henry, we do not say the law will justify us. However, we don't teach that the law is of no use to us. We affirm the right use of the law on its correct basis. We submit to it as a rule in the hand of Christ, which is subordinate to the law of grace. It's still of use to convince us of what is past and direct us for the future. However, we cannot be saved by it as a covenant.

John Wesley paraphrased Romans 3:31 like this: "We establish the law - Both the authority, purity, and the end of it; by defending that which the law attests; by pointing out Christ, the end of it; and by showing how it may be fulfilled in its purity." 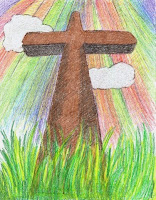 Henry commented on this by saying, "The Jews prided themselves very much in the law; but, to confirm what he had said, the apostle shows (Rom_2:13) that their having, and hearing, and knowing the law, would not justify them, but their doing it. The Jewish doctors bolstered up their followers with an opinion that all that were Jews, how bad soever they lived, should have a place in the world to come. This the apostle here opposes: it was a great privilege that they had the law, but not a saving privilege, unless they lived up to the law they had, which it is certain the Jews did not, and therefore they had need of a righteousness wherein to appear before God. We may apply it to the gospel: it is not hearing, but doing that will save us, Joh_13:17; Jam_1:22." We must be doers of the Word and not merely hearers.

As James said, "You see that a man is justified by works and not by faith alone." (Jas 2:24). Therefore, we do not teach that men should break the law or ignore the law, but that they should be doers of it, even though we know that no man will be justified by observing it. We establish the law and our moral obligation to it. However, you can never gain acceptance from God by any works of your own. You can only be accepted by the free grace of God, given through Jesus Christ to all true believers that receive it as a free gift. And we certainly don't seek to misuse the law by being so fond of it that we retain its rituals and ceremonies and impose them on Gentile Christians. We are not seeking to join Christ and Moses together.

If you have been trying to gain acceptance from God by the works of the law or simply by your own good works, please repent of your futile efforts. You need to come to God by grace through faith in Christ. He will confer upon you the very righteousness of God. And then as a disciple of Christ, you will be forgiven, accepted by God in Christ, set free from the power of sin to do what is right. Then you will be empowered to be a true doer of the law, not as a covenant, but as the rule of Christ that is subordinate to the law of grace.


Attribution notice: Most Scripture quotations taken from the NASB, unless otherwise noted. The calligraphy and artwork by my daughter, Charity V. Lacroix, available at A Brush with Life.

Author's note: If you enjoyed this post, you may also enjoy Never Trust in Your Own Good Works, The Conditional Security of the Believer, Sins That Will Keep You From Heaven, Drifting Away, Is Obedience Optional?, The Apostasy Parables, Obedience by the Spirit, The Obedience of Faith, Holy Living in a Perverted World, Aim for Perfection, Walking in the Perfect Will of God, Baptized with the Spirit, Holy Fire Baptism, The Straight and Narrow Path, Striving to Enter the Kingdom of God, Pleasing the Lord, The Burning Ones, Only the Holy -- Three Shocking Testimonies, Ask for the Ancient Paths, Living a Life Worthy of the Lord, Keeping a Good Conscience, Separation from the World, Having a Servant's Heart, The Difference Between a Disciple and a Believer, Righteous Deeds and White Robes, Doing What is Right, The Ways of Life, Whatever You Do, Do All Like This, The Mark of the Beast (666), and Listen to Jesus, Who Upholds Moses and the Prophets. You can find more of my articles related to Working God's Way on the Home page of this blog. You may also access my complete blog directory at "Writing for the Master." Now I'd like to ask a very important question.

Do You Want to Know Him?
If you want to know Jesus personally, you can. It all begins when you repent and believe in Jesus.  Do you know what God's Word, the Bible says?

Please see my explanation of this in my post called "Do You Want to Know Jesus?"

Len Lacroix is the founder of Doulos Missions International.  He was based in Eastern Europe for four years, making disciples, as well as helping leaders to be more effective at making disciples who multiply, developing leaders who multiply, with the ultimate goal of planting churches that multiply. His ministry is now based in the United States with the same goal of helping fulfill the Great Commission. www.dmiworld.org
Posted by Len at 9:09 AM